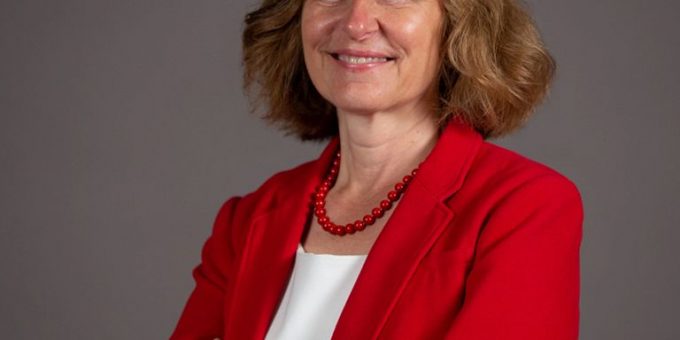 BLOOMINGTON – Faculty, staff, students, and members of the Indiana University community will join events this week in honor of the inauguration of the university’s first female president, Pamela Whitten.

Celebrations are planned on both of IU’s core campuses:

Meet some of the students who will be involved in the inauguration:

A biochemistry major from Connersville, Indiana, James said she wanted to be part of the inauguration ceremony because of its importance both for Indiana University and for women across all IU campuses.

“To be included in this historic event gives me a feeling of appreciation for all the experiences and connections IU has brought to me. This memorable day will resonate with me as a young impressionable woman,” she said. “I am looking forward to representing IU East.”

A Master of Public Affairs student from LaPorte, Indiana, Isenbletter said she’s eager to be part of an important day for a university she cares deeply for.

“I have always been a strong advocate for putting women and other underrepresented groups in positions of power and authority. I believe strongly in the importance of creating space and amplifying voices that are traditionally unheard or disregarded,” she said. “The inauguration of our first woman president is a huge step for Indiana University, and one that is long past due. Witnessing this event shows me, and all of our students, that reaching positions of authority is possible for women, and that our perspectives and expertise are valued and celebrated here.”

A biology and chemistry major from Jeffersonville, Indiana, Huang said he’s “in shock” that he was “given this magnificent opportunity.”

“It is an honor, not just to represent IU Southeast, but to be given the opportunity to connect with students and staff and faculty members from all over the IU system,” he said. “The pandemic has greatly distanced our relationships with one another and, in effect, dampened our sense of community and togetherness. I look forward to rebuilding and strengthening the relationships that bind all of IU as we all come together to celebrate the inauguration of President Pamela Whitten. Her inauguration signifies a new journey towards a greater IU, and I am looking forward to experiencing such a unique and wonderful event.”

A Ph.D. candidate in the IU School of Medicine’s Department of Anatomy, Cell Biology, and Physiology, Essex said she’s “honored and humbled” to be chosen to speak at the inauguration ceremony.

“The impression I got from speaking with (President Whitten) is that the status quo is not the expectation. She has demonstrated in her leadership that she has no problem deviating from the norm,” said Essex, who is also president of the Graduate and Professional Student Government at IUPUI. “We are a generation of students who don’t have an option to just maintain. We have to innovate, we have to adapt, we need to meet the challenges of the changing world and environment. For IU to keep being a leader in higher education, we must have someone at the helm who is ready and willing to do that, and President Whitten has demonstrated just that.”

A Dyer, Indiana, native who is studying biology, Prakash said she’s “thrilled to support President Whitten in such a monumental event.”

“President Whitten is a wonderful and inspiring person, and I definitely wanted to support her during the inauguration,” she said. “She is filling a very large role in the IU community; being able to witness and be a part of her inauguration is truly an unforgettable and inspiring experience because this day will be remembered for years. In addition, being a part of this event means community to me. Intertwining members of each campus and bringing them all together to celebrate a new step in IU history truly makes me feel a part of the IU community.”

A community health major who is also seeking minors in nonprofit management and global health promotion, Araujo said it’s a “huge honor” to be part of President Whitten’s inauguration.

A Hudson and Holland Scholar from St. John, Indiana, Araujo said Whitten’s inauguration is a historic event that all staff, faculty, and students should attend.

“She’s our first female president in IU’s 200-year history, so this is big,” she said.

Whitten became the 19th president of Indiana University on July 1, 2021.

Check out a timeline of her career.

As Indiana University’s leader, she has outlined three core missions for the university: ensuring student success by placing them first, setting ambitious research goals, and affirming IU’s leadership role in advancing economic development and quality of life for individuals throughout the world.

Information by Bethany Nolan is a senior communications consultant with IU Studios.