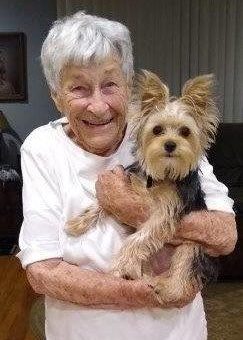 Born November 24, 1924, in West Baden, IN, she was the daughter of Gardner and Blanch (Grigsby) Flick. She married Russell Gene Faust and he preceded her in death. She was a homemaker.

She was preceded in death by her parents, her husband, two brothers, Wallace and Virgil.

Private services will be conducted at Ames Chapel Cemetery near French Lick, IN.