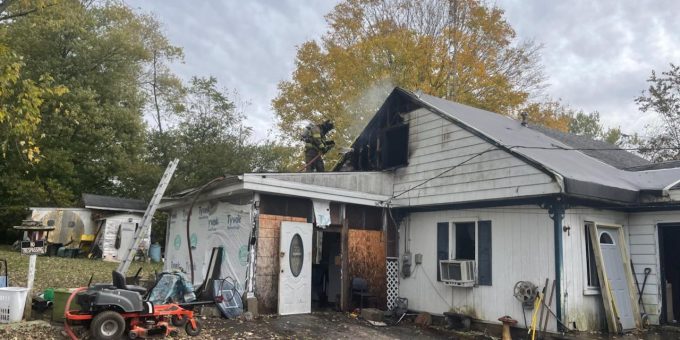 When firefighters arrived they found smoke and flames shooting out of the home.

The fire started in the lower level, traveled up the stairwell and into the upper level of the home, said Shawswick Volunteer Fire Department Chief Bob Brown.

The home is owned by Melissa Bartlett. She was not home when the fire started.

The home suffered substantial damage and is uninhabitable at this time.

The fire rekindled at the home at 5:33 p.m. Smoke was showing in the roof and eves. Firefighters responded and put out the fire.

The fire rekindled again at 12:10 a.m. this morning. The caller reported flames were coming through the roof. Shawswick VFD responded and found the house was engulfed in flames. Marshall VFD was requested to assist. Indiana Creek and Perry VFDs were placed on standby. Firefighters were on the scene until 2:45 a.m.