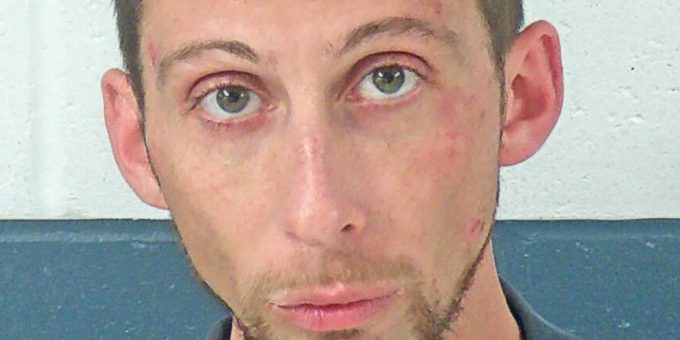 BEDFORD – A Bedford man was arrested when Bedford Police officers were called to the area of 16th and H streets after a report of a man hunched over at a 90-degree angle and not moving.

Police say Roll appeared to be intoxicated on a controlled substance.

Officers say Roll kept reaching into his bag where officers saw a knife. Roll pulled the bag from officers and he began to resist. Roll was told numerous times to stop resisting the police. However, Roll forcibly pulled away and continued to resist. During the struggle, he grabbed an officer’s wrist and squeezed. Roll was taken to the ground and then grabbed an officer’s ankle. Once detained he was placed in a police car.

Roll was arrested on charges of possession of meth, battery on a public service officer, unlawful possession of a syringe, resisting arrest by force, and public intoxication.