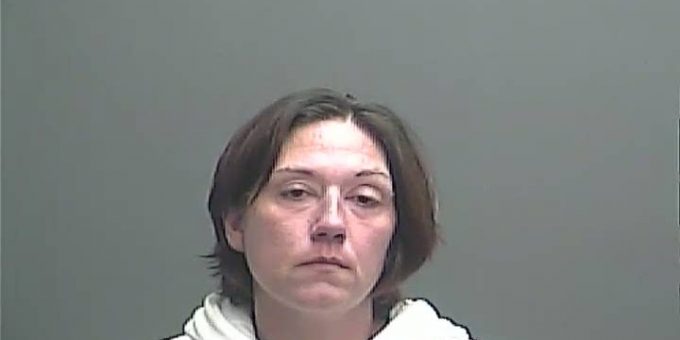 KNOX CO. – Friday, October 29, at approximately 9 p.m., an Indiana State Police trooper stopped the driver of a 2013 Dodge Avenger for traveling north on US 41 near the 50 mile-marker at 107 miles per hour.

The driver was identified as 41-year-old Peggy Gallegos, of Lenoir City, TN. During the traffic stop, Gallegos displayed signs of impairment and failed field sobriety tests.

Further investigation revealed Gallegos was under the influence of amphetamines and the vehicle she was driving had been reported stolen out of Tennessee.

Gallegos was arrested and taken to the Knox County Jail where she is currently being held on charges of theft, operating a vehicle while intoxicated and reckless driving.