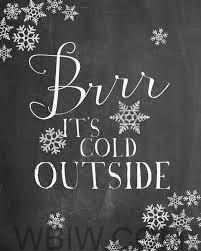 BEDFORD – Cold temperatures have arrived. Time to get out your hoodies and winter coats. Tonight they are predicting a low of 34 degrees with a high today of 53 degrees.

A Senior Forecaster for the National Weather Service office in Indianapolis Mike Ryan says an upper ridge in the east has kept away the cold, but that ridge has disappeared and will allow cold air to descend in the area.

“We’re going to go into an even colder pattern the first week of November,” Ryan added. “That upper-level ridge will be replaced by a trough in the upper levels of the eastern part of the country. That’s going to finally allow some of the colder air that’s been sitting up in Canada to get down into the Ohio Valley this week.”

That means for much of this week, we will see highs in the mid and upper 40s, maybe near 50 in some cases. The temperatures will drop at night. Residents need to prepare for a hard freeze.

“We’re finally going to see some temperatures this week that will produce a hard freeze,” Ryan explains, “It’s likely to get down into the upper 20s and lower 30s at night.”