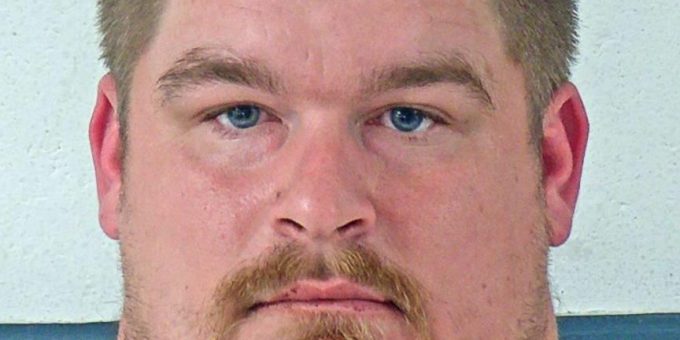 MITCHELL – A Mitchell man was arrested after Mitchell Police officers responded to a domestic fight Sunday in the 620 block of South 9th Street.

The volume of the argument was so loud the neighbors were drawn to go outisde to investigate the noise.

When officers arrived they found a woman in the roadway crying. The woman told police the fight started in the house when 28-year-old Richard Ayers pushed her against the wall.  The fight then proceeded outside. The woman said Ayers threw her to the ground and hit her head on a potted plant leaving a lump on her head. She said Ayers also threatened her with a knife.

She told police Ayers was now inside the home with the doors locked and armed with a knife and possibly suicidal.

Ayers was arrested on charges of domestic battery and resisting arrest.