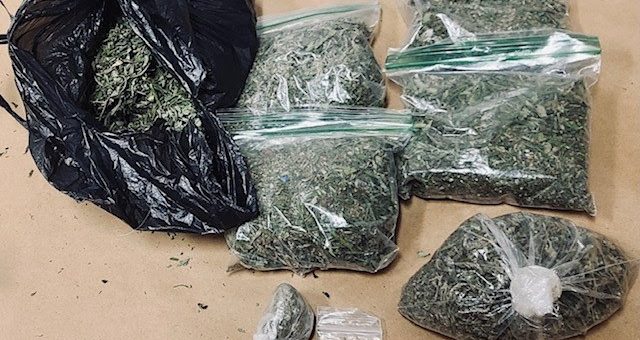 ST. JOSEPH CO. – On Wednesday morning, a cooperative effort between the Indiana State Police, St. Joseph County Police Department, and Roseland Police Department resulted in the arrest of a Niles, MI man wanted as a parole absconder. As a parole absconder the parolee has failed to check in and uphold to the terms of their probation/parole agreement. During the arrest officers seized 7 ounces of methamphetamine and a half-pound of marijuana.

At approximately 9:45 a.m. the Indiana State Police, St. Joseph County Police Department, and Roseland Police Department assisted Michigan Parole authorities with locating 24-year-old Austin Jarman, of Niles, MI in a gray 2021 Toyota at a gas station at the intersection of State Road 933 and Dreamwold in St. Joseph County.  Jarman was wanted on a warrant with nationwide extradition for absconding from parole.

Jarman and Wirick were both transported to the St. Joseph County Jail.