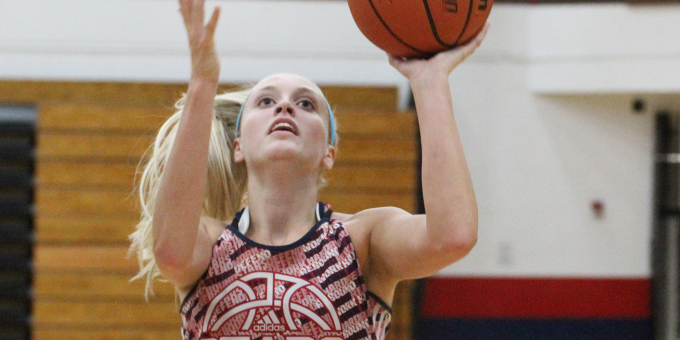 BEDFORD – Instrasquad scrimmages are basketball’s version of the first take of a movie scene. Expect some flubbed lines, some bloopers, somebody yelling “CUT” and shooting again until the picture is flawless. That was Bedford North Lawrence’s public debut on Thursday night: Act 1, Scene 1, with a lot of editing until the script and the finished product are ready to be critiqued.

The Stars were award contenders on the defensive end. Of course, that’s like announcing Meryl Streep has been nominated for an Oscar. Defense better be good, else head coach Jeff Allen will be snapping the movie slate and demanding better from his actresses.

The offensive side, on the other hand, was not Steven Spielberg worthy. Of course, that’s expected when the defenders know the plays that are called, when some players are performing before a live studio audience for the first time in months. Offense will get better, with all the firepower BNL has in its arsenal.

Thumbs up or thumbs down? Despite the glitches, the Stars displayed excellent potential as they started the final prep work for the 2021-22 campaign.

The Stars divided into two squads for two quarters of varsity action, with the White unit topping the Red 25-18. Chloe Spreen, BNL’s leading candidate for Best Actress, scored 10 points. But it was scoring contributions from others that got better reviews. Madisyn Bailey had 7 for the White, while Carlee Kern and Mallory Pride had 7 each for the Red.

Going forward, that will be key. Opposing coaches know all about Spreen and sidekick Karsyn Norman, both of whom are receiving multiple Div. I offers. For the Stars to be successful, they will need Best Supporting roles to be filled.

“If they really focus on taking away Chloe and Karsyn, we feel like Carlee and Mallory can be that type of catalyst, to step up and score,” Allen said. “They’re both athletic. And Madisyn, too. If you’re going to focus on Chloe and Karsyn, those three kids can score.”

Spreen had six points in the first quarter, but Pride scored all 7 of hers as the White took a 10-7 lead. Treys by Bailey and Hadley Teague boosted the White to an 18-10 lead, but Norman’s drive and Kern’s layup got the Red within 18-16. Tori Nikirk’s 3-pointer and Spreen’s layup ended that run.

With the varsity split into equal sides, the defensive matchups were the most intriguing and entertaining. Bailey on Norman, Pride on Spreen. Nobody backing down.

“I thought we played hard defensively, and that made our execution look really bad on the offensive side,” Allen said. “We have to work on our offensive execution. A lot of that has to do with being in front of a crowd for the first time in a while. There are some excitement and some butterflies. We did some good things.

“The defense made it difficult to run stuff. Obviously everybody knows what’s coming. We talk about trusting your teammate and knowing your role, those are things we can focus on. We have a lot of offensive weapons. We’ll be able to score. Does it come as easy as these kids like to think it would? Sometimes we have to execute a little more.

”We feel like we can guard people. Have we guarded that hard in practice? Better get used to that.”

Imagine how good the Stars will be when they merge into the common lineup. Pride, an ultra-competitive junior, might find it easier to score when she’s not confronted by one of the state’s best players.

“It’s helping me get a lot quicker on my feet,” Pride said. “We’re about the same size, but she’s quite a bit faster than me. It’s a big workout for me.”

BNL’s next step will be Saturday’s IHSAA sanctioned scrimmage with Indianapolis Home School. Don’t let that uninspiring team name cause relaxation. The Wildcats will have talent and a post presence to test the Stars as they work toward the season opener at Mooresville.

BNL will host the scrimmage at noon.