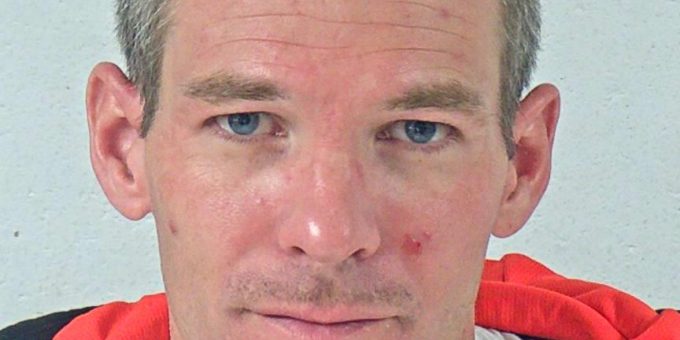 BEDFORD – A Bedford man was arrested after an Indiana State Police trooper stopped his vehicle after he failed to signal a turn onto Hillcrest Road from John Williams Boulevard.

The trooper stopped the vehicle in the Burger King parking lot.

The trooper learned the driver 35-year-old James Tolliver was wanted on a warrant for failure to appear on a charge of driving while his driver’s license was suspended in Lawrence County.

Tolliver was detained. During his arrest, Tolliver told the trooper he had meth in his pocket.

The trooper also found a glass pipe used for snorting the drug and a clear plastic bag containing approximately 2  grams of crystal meth.

Tolliver was then charged with possession of meth and drug paraphernalia.