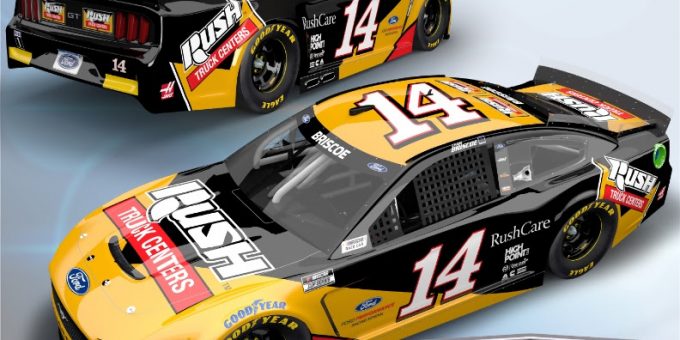 MARTINSVILLE, VA. – Two races remain on the 2021 NASCAR Sprint Cup Series calendar, and up next is the tight and flat .526-mile Martinsville (Va.) Speedway oval.

Chase Briscoe’s first trip to the track affectionately known as “The Paperclip” back in April was the first true short-track test for the Cup Series rookie. The No. 14 Stewart-Haas Racing (SHR) Ford team finished 27th after sustaining damage in multiple incidents. This weekend, Briscoe returns with more experience under his belt and a Rookie of the Year title in sight.

“I’m not really sure what to expect. I have a hard time at these short tracks and you could see that at Richmond, too,” said Briscoe. “I just didn’t grow up doing this kind of racing and there isn’t anything I can apply from my background that works at these places. It’s good that I’ve at least had a chance to run Martinsville in the Cup car this time around, but I’m honestly still kind of lost with what to expect. We’re not going to have the best starting spot, which isn’t great because that means it’ll be easier to get caught up in something early on. But, I think it will be an exciting race. Martinsville has always been one of my favorites to watch as a fan and, with the way the points are right now, I would expect it to be entertaining. Everyone is going to be mad by the end of it and fighting for whatever spot they can get.”

With 34 races complete, Briscoe leads the Rookie of the Year standings by 306 points and has been the highest-finishing rookie driver in 29 of the 34 events thus far. With Rookie of the Year honors in the Truck Series (2017) and Xfinity Series (2019), Briscoe is looking to join Erik Jones and William Byron as only the third driver in history to claim the title in all three of NASCAR’s top national touring series.

Briscoe made 15 short-track starts in the NASCAR Xfinity Series, scoring two wins – last September at Bristol (Tenn.) Motor Speedway and July 2019 at Iowa Speedway in Newton – and earning 10 top-10 finishes. When the Xfinity Series made its return to Martinsville in the fall of 2020 after a 13-year hiatus, Briscoe finished seventh.

The 26-year-old driver from Mitchell, Indiana, also made two NASCAR Camping World Truck Series starts at Martinsville. His best result came in April 2017 when he started eighth and finished 11th. He returned in October to start on the pole and lead the first 39 laps before a late-race accident relegated him to a 19th-place finish.

Briscoe’s Ford Mustang and all of the SHR racecars travel from race to race in haulers from Rush Truck Centers, the premier service solutions provider to the commercial vehicle industry. And those haulers are supported by RushCare, which helps customers find the nearest Rush Truck Centers location, provides service concierge and technical support, schedules mobile service, dispatches roadside assistance, and more. Rush Truck Centers is the largest network of commercial vehicle dealerships in the United States with more than 100 locations, and takes pride in its integrated approach to customer needs – from vehicle sales to aftermarket parts, service and body shop operations, plus financing, insurance, leasing, and rental, as well as alternate fuel systems and other vehicle technologies.