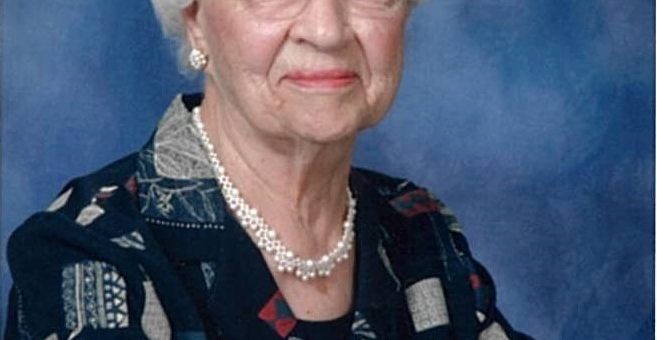 She was born October 13, 1921, to August and Otillia (Schulz) Zinner. She married Frank W. Hardesty on October 12, 1946, and he preceded her in death on May 5, 1992. Alma was a homemaker and school cafeteria cook, having worked at St. Vincent de Paul Catholic School, from 1960-1974, and later at Bedford-North Lawrence High School, from
1977-1987. She was a member of St. Vincent de Paul Catholic Church and the St. Vincent Altar Society.

Alma was preceded in death by her parents; husband, Frank; and sisters, Rita Kaller, Vera Reichel and Marcella Coffman.

Visitation will be from 11:00 a.m. – 1:00 p.m., Friday, at the Ferguson-Lee Chapel of Thorne-George Family Funeral Homes in Bedford. Memorial contributions may be made to St. Vincent de Paul Catholic Church.