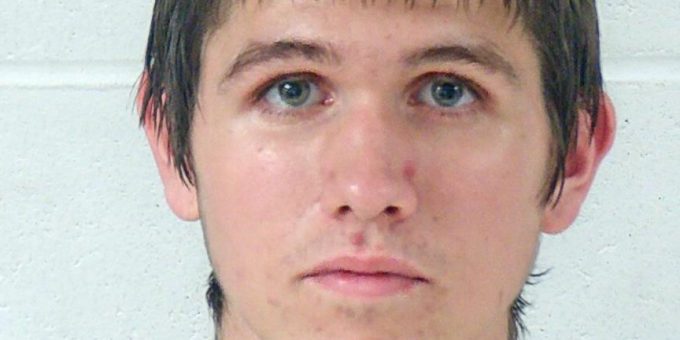 BEDFORD – A Mitchell man is facing a charge of impersonating a police officer.

The Sheriff’s Department began receiving reports that a  male in a white Chevrolet Impala was traveling south on State Road 37 and utilizing flashing emergency lights attempting to perform traffic stops.

Deputies from both Lawrence County and Jackson County Sheriff’s Departments attempted to locate the vehicle.

Inside the vehicle, officers found the vehicle equipped with a dash camera affixed to the windshield, flashing emergency lights, a communications radio, a spotlight, a laptop stand, and two computers. Officers said the vehicle appeared to be outfitted to look very much like a vehicle used by law enforcement.

Officers also found Abel in possession of a badge,handcuffs, along with a Glock 19 handgun with two magazines. He was also dressed similar to a deputy wearing tan tactical clothing and black boots.

Abel was arrested and his vehicle, camera, computers, gun, and other items were seized.

Able stated he was employed as a park ranger at West Boggs Lake State Park and was authorized to equip his personal vehicle with emergency lighting and use handcuffs in the performance of his duties as a park ranger.

However, Park Manager Jamison Hibbs told the investigating officer he never authorized Abel to use his personal vehicle or equip it with emergency lights and was not issued or authorized the use of handcuffs to fulfill his duties as a park ranger.