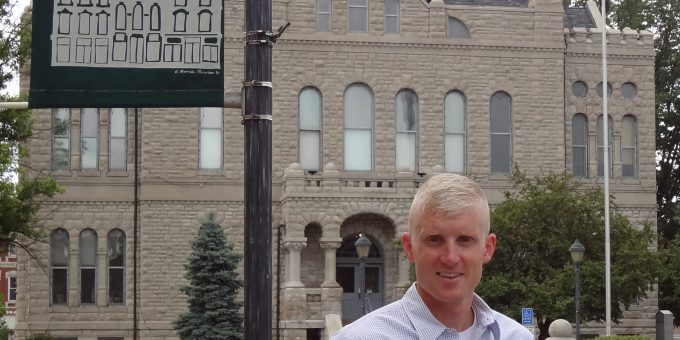 “For 11 years, I watched my father work tirelessly to serve the people of his district and to improve the lives of all Hoosiers,” Davisson said. “I am honored to have the privilege to carry on his work. I am committed to serving with the same sense of loyalty, duty, integrity, and respect that he exemplified.”

House District 73 includes parts of six counties, Clark, Harrison, Jackson, Lawrence, Orange, and Washington. The winner of the caucus vote will serve until the November 2022 election.

“Congratulations to J. Davisson on his unanimous caucus victory tonight (Thursday). I can think of no one better to complete the late Steve Davisson’s term than J. Hoosiers in the 73rd District can expect the legacy of servant leadership Steve established to be seamlessly continued by their new State Representative, J. Davisson,” said Hupfer.

J. Davisson, 39, is a lifelong resident of Salem, where he is raising his two children after having lost his wife to cancer earlier this year. He graduated from Salem High School and earned a bachelor’s degree from Indiana University. A highly decorated and disabled Army combat veteran of both Afghanistan and Iraq, Davisson retired as a sergeant first class after 17 years of military service. Already a partner with his father in family-owned Good Living Pharmacy, Davisson has assumed full-time responsibility for business operations. A member of Salem Church of the Nazarene and Salem Masonic Lodge 21, Davisson served as Washington County Young Republican chairman and served for nine years on the board of directors of the Indiana War Memorial Commission, having been appointed by former Gov. Mike Pence and reappointed by Gov. Eric Holcomb.