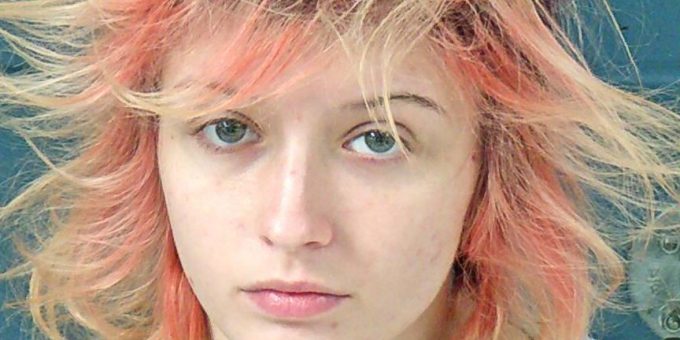 BEDFORD – A Bedford woman was arrested Thursday after officers were called to the 1730 block of 25th Street in reference to a domestic fight.

When officers arrived the male caller told police that 20-year-old Autumn Morgan was in a bedroom with a pair of scissors and was threating people.

He stated Morgan began arguing with him, tackled him and hit him multiple times. The caller stated Morgan had accused him of seeing other women, which provoked the fight. Police noticed red marks on his shoulders and back.

Officers made contact with Morgan who still had the scissors in her hand. She instantly began yelling and tried to run out of the room to find the caller. Officers grabbed Morgan to keep her from running toward the male.

Morgan began resisting officers by kicking and screaming and tried to pull away from officers until she was forcibly detained. It was at that time officers noticed cuts on her wrist.

Morgan was arrested on charges of domestic battery and resisting arrest.