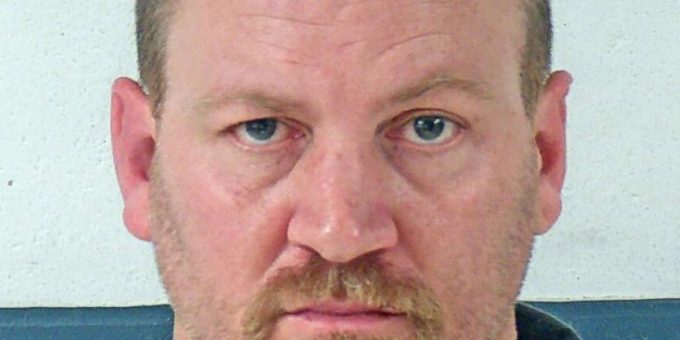 BEDFORD – A Bedford man was arrested Wednesday night after Bedford Police officers were alerted to a domestic fight in the 2900 block of Ted Jones Drive.

When police arrived they spoke to a woman who said she had “suffered bruises from the top of her body to the bottom” and she has not pursued charges in the past because 42-year-old Philip Middleton had “threatened to bury her body.”

The woman told police Middleton had grabbed her by the throat and pinned her to the couch. He then grabbed her arm leaving bruises and closed the door on her arm when she tried to leave.

The woman told officers she was afraid and needed help.

Middleton was arrested. As officers were placing Middleton in the patrol car he began resisting and had to be forcibly placed in the vehicle.

Once at the police department, Middleton refused to exit the vehicle and was forcibly removed.

Middleton continued to refuse to comply with officers’ commands and threaten officers.

Middleton was arrested on charges of strangulation, domestic battery with a prior conviction, and resisting law enforcement.