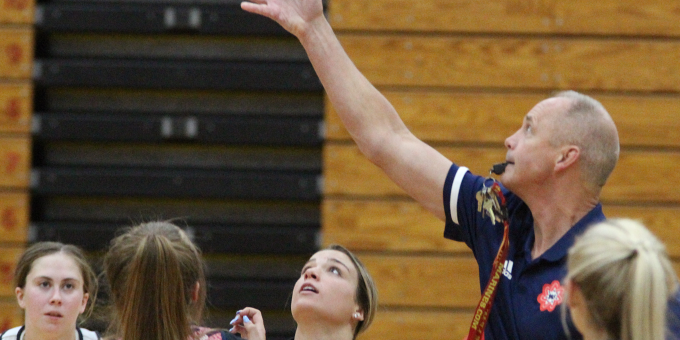 BEDFORD – Change is inevitable. Those winds blow constantly. The future is in the air.

In the midst of constant and swirling transition, Bedford North Lawrence’s program has been the beacon of stability, the rock of success, the standard of measurement against which others are judged. During the past 10 seasons, only one team in Indiana has won more games. BNL stands alone as the only team in the state to win a sectional championship each year during that same span. State championship banners grace the rafters of BNL Fieldhouse.

Yet even the best have to adapt, and this season will mark a dimensional shift – not in expectations, or excellence, but definitely in personnel. There will be new faces, expanded roles, as the 2021-22 campaign unfolds. The Stars lost three starters, including an Indiana All-Star. They will reload, because the level of talent has not slipped, but they’ll look different, play a little different.

Day One, the first official practice session on Monday afternoon, looked a lot like so many of its predecessors. Drills, running, instruction, the noise of dribbling, the shouts of encouragement, heavy breathing and shoes squeaking. But after losing six seniors from a remarkable 22-3 campaign, a group that accounted 89 wins over four years, for 36.5 points per contest last year, for considerable on-court contributions and off-court leadership skills, change will be noticed.

Sympathy? Not hardly. BNL coach Jeff Allen, now 60 years old as he starts his eighth season at the helm and coming off his summer stint as the coach of the Indiana All-Stars, would sneer at the thought. BNL’s familiar opponents, beaten down as the Stars have won all those titles, would scoff at the idea. The Stars still have considerable talent, starting with arguably the best guard trio in the state.

“In high school basketball, if you have good guards, you can be pretty good,” Allen said.

BNL will feature sophomore sensation Chloe Spreen, one of the top recruiting targets in the nation. She hit the door with extreme hype and publicity as a freshman, quietly living up to the fanfare while averaging 14.8 points and 5.5 rebounds. Junior guard Karsyn Norman, another future Div. I signee, totaled 9.5 points and 3.2 assists. Her future value was displayed during BNL’s five-game run in the state tournament, when she boosted the scoring to 14.8 and the shooting percentage over 50 percent. She was arguably the team MVP in the sectional.

Add in sophomore Madisyn Bailey, ready to step into the lineup after a season of seasoning, and BNL is set in the backcourt.

“There are a few things we’ll do differently,” said Allen, whose team played ultra-aggressively with constant defensive pressure and 3-point freedom. The Stars launched 45 percent of their shots from long range and averaged 61.8 points per game last season. “I don’t know that we have enough depth to pressure and play extremely fast all the time. But we have a lot of scoring options.”

The rest of the cast will likely include junior Mallory Pride and three seniors. Carlee Kern was a key part of BNL’s eight-player rotation as a defender and rebounder. Ella Turner, who will sign to play at Huntington University on Tuesday, will contribute valuable post minutes, and Hadley Teague is ready for her shot after paying dues.

“It’s wonderful,” Turner said. “It shows all the hard work we’ve put in, shows our character of being able to keep with it. I’m just excited to get to play. I’ve sat there and cheered on my teammates – and I’ve had a really good time doing that – but I’m exited to get out there and actually help my team.”

Her message? “Work hard. Hard work pays off. If you want to go far, you have to work hard for it.”

“It’s kind of sad, knowing you’re a senior and this is the last season, but at the same time it’s exciting,” Teague said. “These girls are like family, you grow close to them. So I’m excited to see how this season goes.

“You have to keep the intensity and play your hardest all the time. You’re not playing for yourself or your team, you’re playing for all the girls. You always want to put your best forward in everything you do. We’ll have a good year.”

BNL has already suffered a key loss. Junior guard Emma Brown, projected to be another starter or sixth-man contributor after finishing as one of the scoring leaders on the junior varsity, went down with a left knee injury last month. She went through successful ACL surgery on Sept. 27.

“It’s a loss, obviously for the team because it hurts our depth,” Allen said. “She played great this summer, she was looking to have a great junior year. She played behind two really good guards and finally had the opportunity to step in and shine. Your heart has to go out to that kid, she’s such a great kid. But she’s a trooper. She will come back strong next year.”

Another constant this season – BNL will lack size. The Stars battled through that last year, with Spreen playing out of position in the post to fill the void, with its guard-heavy lineup and rotations. That makes defense and rebounding a big challenge.

“That will always be a point of emphasis,” Allen said. “We’ll probably be outgunned in the post a lot, we’ll just have to work harder and work together.”

BNL will start its preseason work with the intrasquad scirmmage on Oct. 28 at 6 p.m., then host Indianapolis Home School (after Heritage Christian pulled out of the IHSAA sanctioned scrimmage with late notice) for the final workout on Oct. 30 at noon. The regular-season battles will include clashes with teams from Illinois and Louisville, plus state powers East Central, Noblesville and Crown Point in the holiday tournament.

“Our schedule is tough,” Allen said. “Our philosophy has always been we don’t care if we lose games as long as we get better. In our opinion, that’s how you get better, playing the best competition you can. We’ll play some really good teams, but we want to be really good going into February.”

BNL is scheduled to open the regular season – unless the football sectional championship games force a postponement – on Nov. 5 at Mooresville.