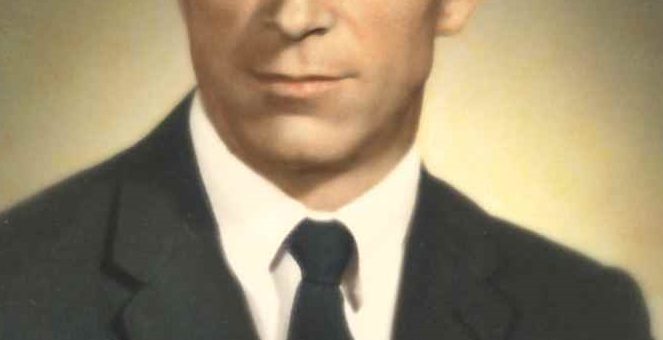 Born March 14, 1929, in Heltonville, he was the son of Loyd and Edith (Kindred) Bailey. He married Marjory Marlott on December 24, 1947, and they were married for seventy years. Marjory preceded him in death on October 20, 2018.

Bob worked on the railroad and in a stone mill during his teenage years. He graduated from Heltonville High School in 1947, where he played varsity basketball for four years. He and Marge owned and operated a restaurant in Heltonville for two years. He then worked at General Motors and for Gordon’s Potato Chips before becoming a salesman of beauty supplies for the next forty years. Bob worked in the southern Indiana area for Bailey’s Beauty Supplies that was based out of Chicago. Later, he and Marge owned and operated Bo-Mar Beauty Supplies until retirement in 1997.

Bob belonged to the Elks Club for many years and the Civil Air Patrol. He was a member of the First Christian Church.
He was very proud of his family for their accomplishments. Bob was a devoted husband and caring father, grandfather, and great grandfather. He was a soft-spoken, kind, and gentle man. He had a good life, past and
present.

He was preceded in death by his parents; wife; two sisters, Jaunita Kern, and Geneva Taylor; and three brothers, Fred, Kenneth, and Rod Bailey.

Private graveside services will be conducted on Friday, October 22, 2021. No visitation is scheduled due to the Covid-19 virus.

Memorial contributions may be made in Robert’s memory to the First Christian Church of Bedford.