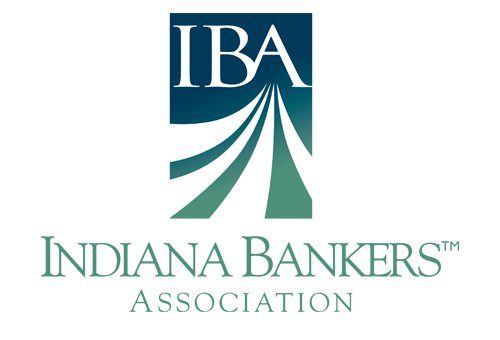 INDIANAPOLS – Paul W. Freeman, CAE, retired executive vice president of the Indiana Bankers Association, has been named a Distinguished Hoosier by Gov. Eric J. Holcomb. The award was presented on Oct. 12 by Sen. Travis Holdman at the IBA Mega Conference in Indianapolis in recognition of Freeman’s contributions to the Indiana banking community. The Distinguished Hoosier is regarded as one of the highest tributes bestowed by the state of Indiana. Additionally, Michael S. Zahn, IBA chairman, presented Freeman with a plaque of appreciation from the Board of Directors.

Freeman retired in September after 34 years of service to the Association. He had joined the IBA in 1987 to fill the newly created position of director of member services. Previously, Freeman was employed for four years with Robert Morris Associates (now the Risk Management Association) in Philadelphia, and additionally had nine years of banking experience with American Fletcher National Bank and Trust Company, Indianapolis. In 2014, he was named to the IBA 40 Year Club, which recognizes Indiana professionals with 40+ years of banking experience.

“Paul Freeman upholds the spirit of the Distinguished Hoosier award,” said Amber R. Van Til, IBA president and CEO. “His legacy of dedicated service, boundless work ethic and vast of knowledge of banking leave the Indiana Bankers Association well-positioned to serve the needs of the industry for years to come.”