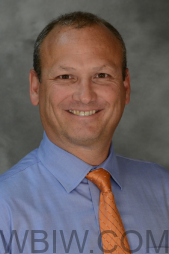 FRANKLIN — An association of Indiana school administrators has named David Clendening Indiana Superintendent of the Year for 2022. Clendening has served Franklin Community School Corp. since 2009.

The association says despite the shortfall, Clendening was “determined not to let the revenue loss limit academic successes.”

IAPSS says he leveraged community partnerships to expand student opportunities. In 2019, Clendening led a community outreach program on the need for a referendum to increase operating revenue. It was approved by 63% of voters.

“He is as committed to celebrating a choir winning a state championship as he is to enhancing career paths for students and ensuring that they have support services and mentors. He and his district did not let financial challenges sidetrack their academic goals,” said Dr. J.T. Coopman, executive director of IAPSS.