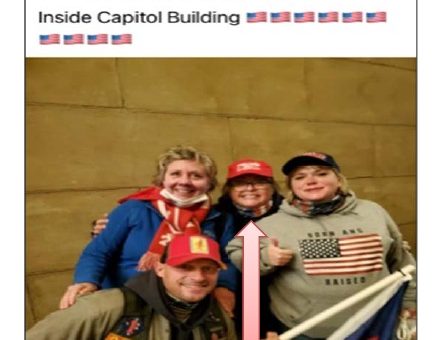 GREENE COUNTY – A Greene County woman has been sentenced to time behind bars for her role in the January 6 insurrection at the United States Capitol Building in Washington, D.C.

A judge sentenced Donna Sue Bissey to 14 days of incarceration, 60 hours of community service, and $500 in restitution.

Bissey entered a guilty plea to a charge of parading, demonstrating, or picketing in a capitol building. That was the same charge her friend, Anna Morgan-Lloyd, admitted to earlier this year.

Morgan-Lloyd avoided jail time, receiving a sentence of 18 months of probation, $500 in restitution, and 40 hours of community service.

Bissey wrote this letter to a judge saying being forever associated with the insurrection has taken a toll on her and claims the town of Bloomfield shunned her.