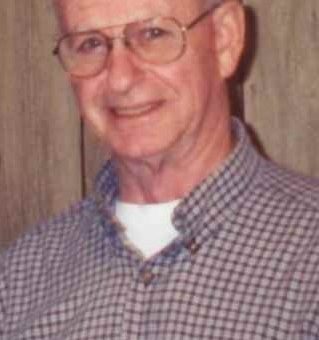 Pete J. Stephenson, Jr., 87, of Springville passed away on Wednesday, October 6, 2021, at the I.U. Health Hospice House. Born February 1, 1934, he was the son of Simon Peter “Pete” and Lonnie (Jones) Stephenson. He married Ethel E. Lambert on April 6, 1957, and she preceded him in death on December 17, 2011. He retired in 1995 from Otis Elevator as an Expeditor. He was of the Baptist faith. Pete served in the U. S. Navy during the Korean Conflict from June 1952 until June 1956 and was discharged after achieving the rank of MMFM.

Survivors include his wife Edna Overman of Springville, one son, Paul Stephenson of Bedford; one daughter, Carolyn Johnson of Buckeye Lake, Ohio; 26 grandchildren; two brothers, David Paul Stephenson and his wife Deen of Deltona, Florida, and Dale Stephenson of Texas; two sisters, Wanda Bennett of Bloomington, and Cathy Guffey and her husband Jim, He was preceded in death by his parents, his first wife, a son Richard Bruce Stephenson, a daughter Peggy Stephenson, a brother, Charles Stephenson, a son-in-law, Clarence Johnson, and a sister-in-law.

Funeral services will be conducted at 11:00 am on Monday, October 11th , 2021, in the Elmwood Chapel of the Day & Carter Mortuary with Rev. Tracey Killinger officiating. Burial will follow in the Stephenson Hillenburg Cemetery. Military rites will be accorded at the graveside by members of the American Legion Gillen Post # 33. Visitation will be from 2:00 pm until 7:00 pm on Sunday, October 10 th at the Day & Carter Mortuary.