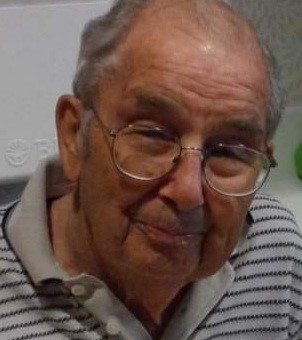 Born in Henry County, Kentucky, to Edmond and Stella Graves. The family moved to Indiana in 1936. Being the last of his generation of eleven brothers and sisters, he was lovingly referred to as the patriarch of the family. He was preceded in death by his loving wife, Joan Neely Graves (2010.) He is survived by children Steven Graves (Debbie) of
Henderson, KY, Pamela Graves Glover (Keith) of Evansville, Indiana, and Jeff Graves of Murray, Kentucky; nine
grandchildren and thirteen great-grandchildren. His extended family includes a multitude of nieces, nephews and cousins.

Gayle graduated from Oolitic High School and went on to work in the Tool and Die and Tool and Mold industry
including Massie Tool and Mold in St. Petersburg, Florida, and the Phillips Plastics Corporation in Hudson, Wisconsin. He retired to Henderson, KY to be closer to his children and grandchildren. He enjoyed antiquing and woodworking.

Gayle as drafted in the Army in 1953 and served in Germany until his discharge in 1955. He was a faithful servant in his
local church and a member of The Gideons International.

Funeral services will be held at 1:00 p.m. Saturday, October 9th in the Elmwood Chapel of the Day & Carter Mortuary in
Bedford, IN. Burial will follow in Cresthaven Cemetery. Visitation will be from 10:00 a.m. until the hour of service.
Family and friends can express condolences at www.daycarter.com