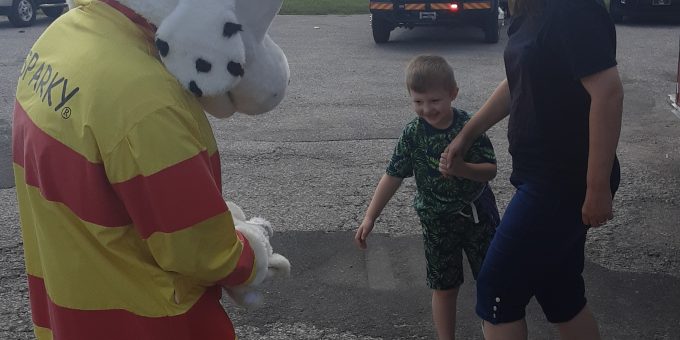 LAWRENCE CO. – This week will kick off the National Fire Prevention Week for 2021 with all fire departments across the country spreading the message of safety and fire prevention to students and adults.

During this week WBIW will highlight several of the fire departments within Lawrence County including Bedford Fire Department’s long tradition of visiting local schools and their annual coloring contest. The winner of the coloring contest will be announced on Wednesday.

This year’s Fire Prevention Week theme, “Learn the Sounds of Fire Safety”, works to educate everyone about the different sounds of smoke and carbon monoxide alarms make.

Knowing the sounds will keep you and your family safe. When an alarm makes noises, such as a beeping sound or chirping sound you must take action.

Smoke alarms sense smoke well before you can, alerting you to danger, in the event of a fire, you may have little as two minutes to escape safely, which is why smoke alarms need to be in every bedroom, outside of the sleeping area ( like a hallway), and on each level ( including the basement). Do not put smoke alarms in your kitchen or bathrooms.

Carbon Monoxide is an odorless, colorless gas that displaces oxygen in your body and brain and can render you unconscious before you even realize something is happening to you. Without vital oxygen, you are at risk of death from carbon monoxide poisoning in a short time. CO alarms detect the presence of carbon monoxide and alert you so you can get out and call 911 and let the professionals check your home.

It is important to choose an alarm that is listed with a testing laboratory meaning it has met certain standards for protection. You can choose between a unit that requires yearly changing of batteries or a ten year unit that you change out at the end of the 10 years will provide protection.

In a fire, mere seconds can mean the difference between a safe escape and a tragedy. Fire safety education isn’t just for school children. Teenagers, adults and the elderly are also at risk in fires,making it important for every member of the community to take some time every October during Fire Prevention Week to make sure they understand how to stay safe in case of a fire.

Fire Prevention Week is observed each year during the week of October 9th in commemoration of the Great Chicago Fire which began on October 8, 1871.