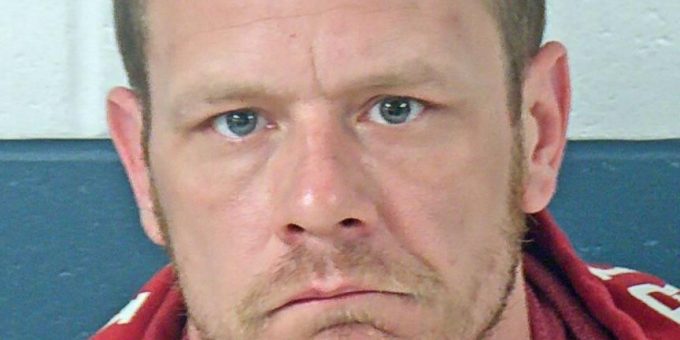 BEDFORD – A Bedford man was arrested Sunday after Bedford Police officers responded to a report of a domestic fight in the 300 block of N Street.

When police arrived a female victim told officers she and her father 33-year-old David Young got into a physical altercation. The girl said what began as “play fighting”  between the three girls and Young, escalated to Young placing his hand across one of the girl’s throats and choking her.

The girls then say Young grabbed a hammer and raised it above his head and tried to hit the three girls with the hammer.

The girls ran into a bedroom and barricaded the door and exited the home through a window before calling 911.

Police say the girl who was choked had what appeared to be red marks on her throat.

Young told police the girls were chasing each other around the house when things got out of control. He did admit to accidentally placing one of the girls in a headlock and taking her to the ground.

Young was arrested on charges of domestic battery resulting in bodily injury to a person less than 14 years of age, three counts of attempted domestic battery with a deadly weapon, and strangulation.