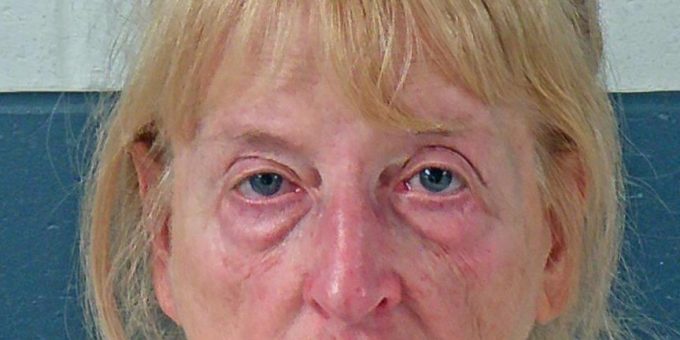 BEDFORD – A Bedford woman called the Lawrence County Sheriff’s Department Sunday wanting a deputy to go with her to her ex-boyfriend’s house on Spreen Road to get a spare set of keys to her house because she had lost hers.

Police called the ex-boyfriend who had filed a no-trespass order against 67-year-old Donna Moffitt. He told police he did not have any items that belonged to Moffitt at his home.

Several hours later Moffitt called the police and reported her ex-boyfriend has almost broken her arm and she was at his home and will not leave until she gets her keys.

Police responded to the call and found Moffitt sitting in her truck. She told the deputies she was there to get her keys. The ex-boyfriend told the officers he did not have the woman’s keys.

The officers reported Moffitt had been drinking.

Initially refusing to cooperate with the deputies, Moffitt finally exited her vehicle. Moffitt blew a 0.10 on the portable breathalyzer. When officers attempted to arrest Moffitt, she became combative and dug her fingernails into the officer’s hand causing him to bleed.

Moffitt was arrested on charges of criminal trespass and resisting law enforcement.