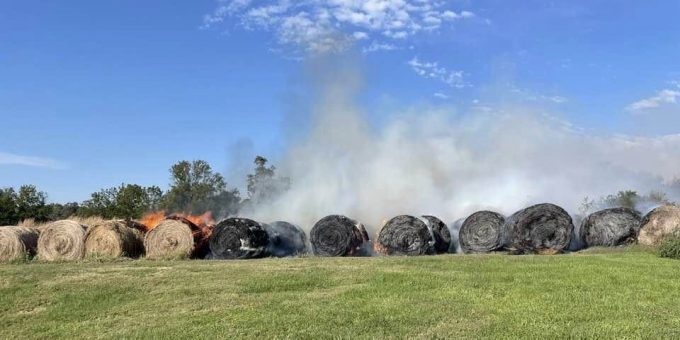 HELTONVILLE – Firefighters responded to 10237 State Road 58 after a report of hay bales on fire shortly after 5:00 p.m. on Monday, September 27. Approximately 20-30 hay bales were burning.

It took firefighters almost four hours to get the fire under control.