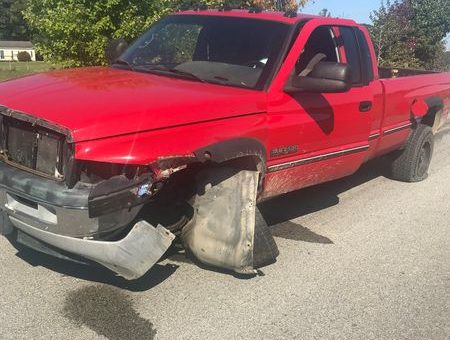 PEKIN – On Tuesday at approximately 3:24 p.m., Washington County Sheriff’s Department deputies and emergency services responded to the 6120 block of East Blue River Road in Pekin to investigate a two-vehicle accident.

Brown and a passenger in her vehicle, 17-year-old Cameron Tabor, of Pekin, were both transported by the Washington County Ambulance Service to St. Vincent Hospital in Salem for treatment of non-life-threatening injuries. Lee was not injured.

Sheriff Brent Miller is the lead investigating officer and was assisted by Sgt. Matt Hein, Deputy Dustin Pridemore, the Washington County Ambulance Service, and members of the Salem Fire Department, who were called to the scene to extricate Brown from her vehicle.