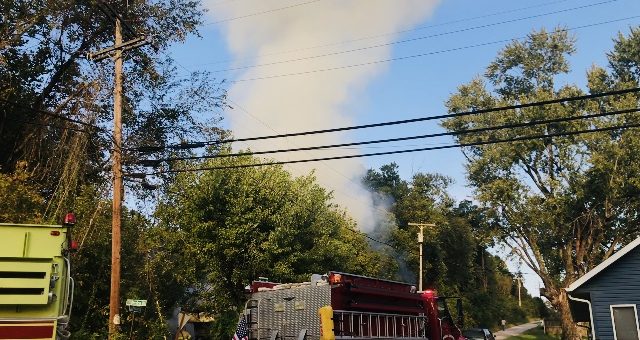 PEERLESS – Firefighters responded to a camper fire at the intersection of Peerless Quarry and Peerless roads Wednesday evening.

Smoke from the blaze could be seen for several miles from Bedford and Springville.

“It was an older large 5th wheel camper that was not being used for a long time. Kids had been trying to clean it out. They were burning trash close to the camper when the camper caught fire,” Marshall VFD Chief Jason Lewis.

Frefighters were able to get the fire quickly under control and no injuries were reported.

The Shawswick Volunteer Fire department was placed on standby but was not needed.

Seals Ambulance crews stood by at the scene while firefighters put out the blaze.