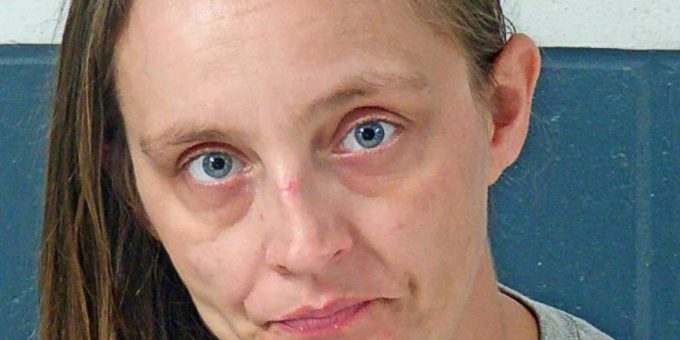 MITCHELL – A Mitchell woman was arrested on drug charges Monday when a warrant was issued for her arrest after an incident on April 27, 2021.

According to a probable cause affidavit, on April 27th, at approximately 6:08 p.m. Indiana State Police troopers went to a home in the 1210 block of MotoCross Road to serve an arrest warrant on a male that lived at the home.

When police arrived they saw Stevens in the front yard. As officers pulled into the drive, Stevens went into the home.

When officers attempted to identify the male in the residence, they saw a glass smoking device.

Stevens then admitted there was marijuana and other drug paraphernalia in the home and gave troopers permission to search the home.

The information was forwarded to the Lawrence County Sheriff’s Department and a warrant was issued for her arrest.