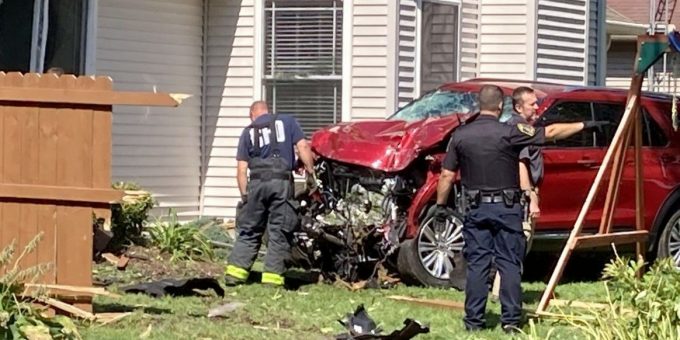 COLUMBUS — A man is dead after he crashed an SUV into a house Monday in Columbus, police said.

Officers with the Columbus Police Department responded to the crash around 12:30 p.m. in the 4400 block of Osprey Drive.

The SUV driver drove through a bean field and then through a fence into the backyard of a Parkside neighborhood home, striking the residence.

When officers and emergency crews arrived they found the driver unresponsive. He was transported by ambulance to Columbus Regional Hospital where he died from his injuries.

The name of the driver is being withheld at this time pending notification of family members.

The crash remains under investigation by accident reconstructionists from the Columbus Police Department and Bartholomew County Sheriff’s Department.