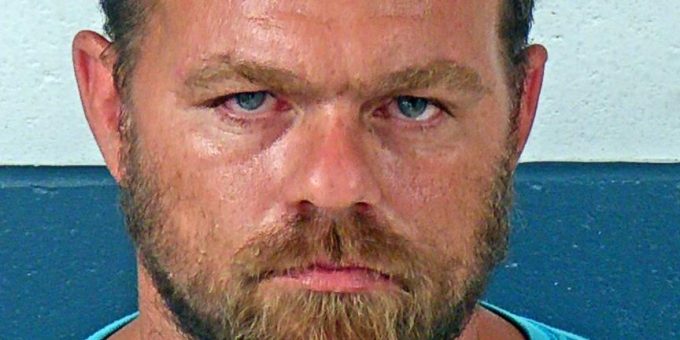 BEDFORD – A Bloomfield man was arrested after Bedford Police detectives were alerted a male switched the price tags on several items at Walmart.

When police arrived on April 15th they were told by an asset protection associate that a male went to the Automotive Care Center and took the tags from cheaper tires and placed them on more expensive tires.

Detectives launched an investigation and determined through security video that 41-year-old Kenneth Phillips entered the store through the grocery entrance.

He walked through the store and selected a large storage bin from the home department and then headed toward the hardware and automotive departments where he selected tires and switched the price tags on them as well as the storage bin.

When Phillips purchased the items in the self check out lane, the storage bin rang up as a Zulu Echo water bottle at $12.88 instead of the storage bin that cost $29.94. The tires would not ring up at that register. Therefore, Phillips went to customer service desk to purchase the tires. The associate scanned the tag on the tires, which rang up as  $42 each, instead of their actual price of $149 each.

Phillips then departed, creating a loss of more than a $327 loss for the store.

Police located Phillips at his home in Bloomfield and asked about the theft. He admitted to the crime.

The information was forwarded to the Lawrence County Prosecutor’s Office and a warrant was issued for Phillips’ arrest.