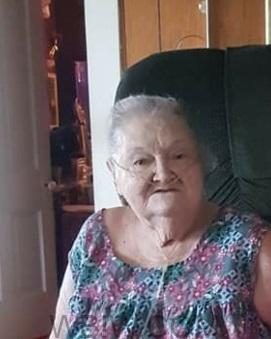 Barbara Oleeta Blakey-Kinser-Miller, 85, of Bedford, went to her heavenly home on Saturday, September 18, 2021.

She was preceded in death by her parents, husband, and father of her children Dalis Kinser (August 4, 1971), husband Tom Miller (April 22, 2014), two grandchildren, and one great-grandchild.

Funeral services were held on September 23rd and 24th, and she was buried in Fairview Cemetery.

A special thank you to the caregivers and for all the prayers received.