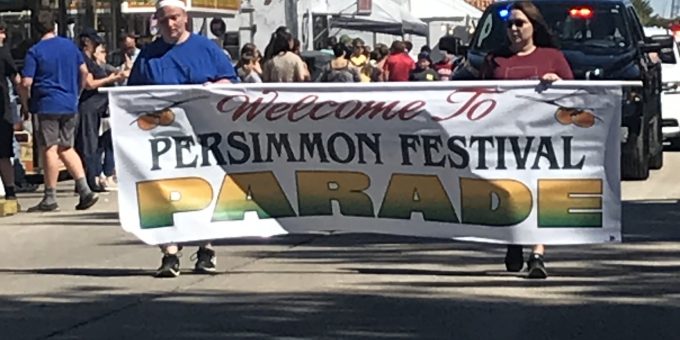 There were 101 units in this year’s parade.

The parade entries included old fire engines and cars that ranged from the past to present. The automobiles took the spectators back in time to reminisce of rides of yesteryear.

The MHS football team carried the American Flag as a tribute and symbol our freedom.

The grand marshals for this year’s parade were Matt and Jean Sowders. Matt and Jean Sowders met while attending Lipscomb University in Nashville, TN. Matt grew up in Mitchell and decided to move back to Mitchell 14 years ago. Both wanted their two daughters to grow up in Lawrence County, their daughters include Emma 17, and Anna 15.

Jean enjoys staying home with her children and leads the children’s ministry at their church. She previously owned Sowders Creations until she started teaching at Little Lights Preschool. She has also taught at St. Vincent De Paul in Bedford which led her to teach art at the Mitchell Junior High School. She has since moved on to her current role as the Project Lead The Way instructional coach and Novus Innovation Lab lead teacher.

The local La Or Ma Shrine Club along with Shriners from Indianapolis entertain the crowds. Peyton Leonard, 5, of Mitchell stood and watched the parade near the grandstands on Saturday afternoon, waving as the various floats came by.

Some of the entries included Zuper Stars which were contestants on the “America’s Got Talent” show, Dueling Piano player, and Michigan City Soul Stepper’s Drill Team.

Many were ready for the parade to come back after last year’s pandemic forced the cancellation of the annual event.

WBIW has provided a few sights and sounds of this year’s parade.