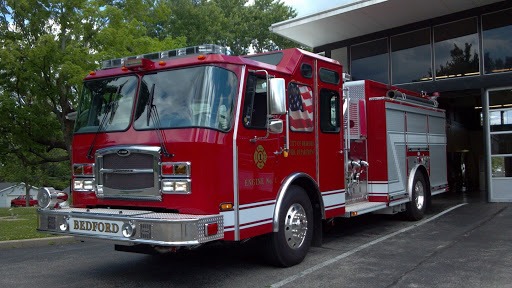 BEDFORD – Officials are investigating the illegal dumping of a hazardous substance at a local business in the 2700 block of John Williams Boulevard.

According to Bedford Fire Department Chief John Hughes, firefighters responded to the 2700 block of John Williams Boulevard on Monday, September 20th at 10:37 a.m. at the request of Bedford Utilities.

“We used five bags of oil dry, and diked the material to keep it from entering into the sewer system. Because of the rain, it is not known whether the substance did in fact run off into the system,” said Chief Hughes.

No evacuations of businesses or the public were required.

The Indiana Department of Environmental Management arrived on the scene to investigate the matter and see if there were any environmental concerns to be addressed.

Bedford Utilities Director Misty Adams has not responded to any questions at this time.

The investigation continues by various local and state officials.