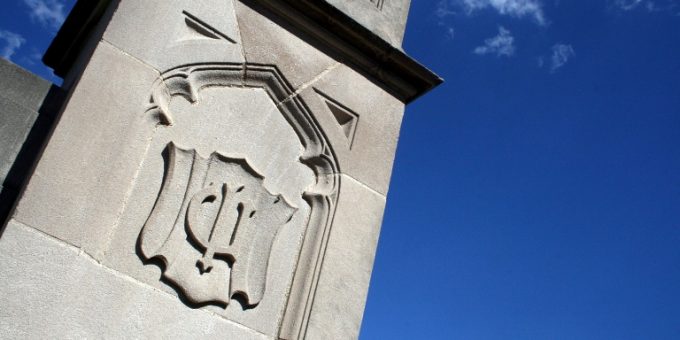 BLOOMINGTON – A project to invest half a billion dollars in the Hoosier state is poised to enter a new phase on Sept. 30 as Indiana considers ideas to improve the state’s “quality of place,” “quality of life” and “quality of opportunity,” including numerous proposals from Indiana University developed in close collaborations with economic development partners across Indiana.

The Regional Economic Acceleration and Development Initiative, announced by Indiana Gov. Eric Holcomb in early 2021, will invest $500 million in state appropriations in projects to enhance regional prosperity in Indiana. READI calls upon private employers, educational institutions, economic development groups, philanthropists, and others to advance projects. IU participants include representatives from all of IU’s campus and regional education centers, among others.

“This is an exciting opportunity for Indiana University to continue its role as a leading contributor to the advancement of economic growth and prosperity in our communities across the Hoosier state,” IU President Pamela Whitten said. “IU is dedicated to helping Indiana achieve its vision of accelerating regional development strategies that will attract more talent to our state and strengthen our shared culture of entrepreneurship and innovation.”

Early in the READI program, participating organizations were tasked with organizing into regional communities, with a lead organization responsible for advancing the top proposals to the Indiana Economic Development Corp. IU has been involved in this organizing process from the beginning.

The READI program is entering its next phase as Indiana’s flagship public university continues to strengthening its commitment to improving the state’s economic vitality and the lives of its residents. To this end, IU is engaged in a variety of strategic efforts, including the Innovate Indiana initiative, to more effectively connect its intellectual and creative resources and expertise with the workforce needs of the state. IU’s activities to support Hoosier innovation, entrepreneurship and economic development have contributed, in part, to the university’s nearly $10 billion impact on the Indiana economy.

Every proposal under consideration will fall under three broad categories in response to READI’s goals. These categories are proposals to:

“The development of talent is a subject that IU is uniquely positioned to address as Indiana’s largest producer of college graduates,” said Bill Stephan, IU vice president for government relations and economic engagement. “Innovation and entrepreneurship are also a big part of the equation. We want to ensure students are aware of these opportunities across the state upon graduation — as well as equipped with the tools required to grasp those opportunities — so we’re keeping our most skilled and enterprising graduates in Indiana.”

IU’s campuses also serve as a strong attractor of talent from beyond the state’s borders into the Hoosier state, he said.

The last time the state undertook a similar effort – the distribution of $84 million in grants to communities across the state under the Regional Cities Initiative in 2015 – economic experts estimated the project’s return on investment as 3 to 1.

“The potential of this effort is unlimited,” Stephan added. “You’re talking about a return on investment of several billion dollars across the state. That’s a massive impact on Indiana’s economic competitiveness and the well-being of Hoosiers across our entire state, and IU is extremely excited to be a part of it.”

With the submission deadline drawing to a close at the end of September, Stephan said that IU is eager to enter the next phase of the program.

Indiana Economic Development Corp. is expected to announce funded proposals under the READI program by the end of 2021.

Information by Kevin Fryling of News at IU. Ryan Piurek, assistant vice president for strategic communications, contributed to this story.