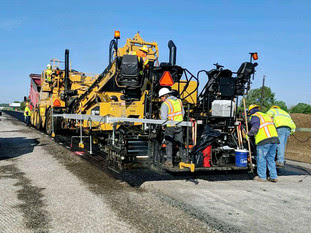 WASHINGTON CO. – The Indiana Department of Transportation announces a two-phased paving project for State Road 66 between Hardinsburg and Milltown.

Beginning on or around Monday, Sept. 27, INDOT maintenance crews will begin the first phase of this project. Workers will be replacing nine culvert pipes on S.R. 66 in advance of the contract paving project. During this phase, maintenance crews will be working between U.S. 150 and S.R. 64. In the areas where the pipes are being replaced, the road will be completely closed for pavement cuts, excavation, pipe replacement, and backfill. Crews will be working from 7 a.m. to 9 p.m. daily in various locations near the following intersections:

Each culvert pipe is expected to take a few hours and during operations, local traffic will have access up to the point of closure. Through traffic should use the official detour following S.R. 64, S.R. 135, and U.S. 150.

Following the pipe replacements, beginning on or after Monday, Oct. 4, contractors will begin paving between U.S. 150 and S.R. 64. Workers will perform milling and paving while also replacing shoulder stones. This project will be done under lane closure with flaggers to control traffic.

The pavement project is expected to last until mid-November, depending upon weather conditions. Lane width will be restricted to 11-feet. Wider loads should use the official detour following S.R. 64, S.R. 135, and U.S. 150.