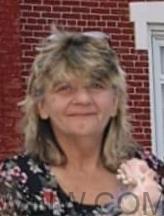 Born September 16, 1961, in Shoals, she was the daughter of Bert and Simone (Seguin) Denny. She married Rick Martin and he preceded her in death on July 9, 2020.

She was preceded in death by her parents, her husband, and a brother, Pierre Denny.

A celebration of life will be held at a later date.