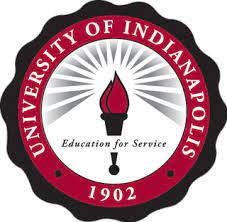 INDIANAPOLIS — The University of Indianapolis announced today its new Club Sports initiative for student-athletes with competition expected to begin in the 2022-2023 academic year. Club sports offer eligible, full-time students an opportunity for athletic competition with other colleges and universities at a more flexible level than Division II athletics.

In addition to typically-sanctioned NCAA sports, club sports allow students to participate in a wider variety of intercollegiate competitions beyond mainstream athletics, according to University of Indianapolis Vice President of Intercollegiate Athletics Scott Young. “We’re excited to give our students new opportunities to participate in the athletic community at UIndy,” said Young. “We believe there’s a strong base of support for these sports at UIndy as well as a tremendous amount of room to grow as time goes on.”

Each of the new club programs will be supported by the University of Indianapolis Department of Athletics. Each team will have a coach hired by the University, an operating budget, scholarships where club sport governing bodies allow, and will use existing athletics facilities such as Nicoson Hall and Key Stadium, as well as new facilities such as the Center for Applied Health and Performance which is opening in the Schwitzer Student Center this fall.

“We have one of the strongest and most successful athletic departments in Division II, and we’re foreseeing the same type of success for our club sports,” Young said. “The investment the University is making in club sports will legitimize and propel these programs to the same heights as their varsity-status peers. Importantly, this will add another level of visibility and accessibility to student-athletes who may not have previously been aware of the opportunities provided by the University of Indianapolis.”

The launch of the club sports program is also a sign of strategic expansion for the University, according to President Robert L. Manuel. “We are grateful for this opportunity that demonstrates the ongoing investment in our campus community,” Manuel said. “Health and wellness programs have never been more important to our campus community and the addition of club sports and new facilities like the Center for Applied Health and Performance, which will be used by athletes and the general student population alike, showcases our commitment to providing our students with opportunities which address the holistic health and wellness of our campus in an integrated way.”

The University will begin hiring soon for all coaching positions. Once hired, coaches will begin recruitment of student-athletes and preparation for the start of competition in fall 2022.

For more information about the teams or available positions, contact Associate Vice President for Athletics and Campus Wellness Bob Brubeck at brubeckr@uindy.edu.

About the University of Indianapolis

The University of Indianapolis, founded in 1902, is a private university located just a few minutes from downtown Indianapolis. The University is ranked among the top National Universities by U.S. News and World Report, with a diverse enrollment of nearly 5,500 undergraduate, graduate, and continuing education students. The University offers a wide variety of study areas, including 100+ undergraduate degrees, more than 40 master’s degree programs, and five doctoral programs. More occupational therapists, physical therapists, and clinical psychologists graduate from the University each year than any other state institution. With strong programs in engineering, business, and education, the University of Indianapolis impacts its community by living its motto, “Education for Service.” Learn more: uindy.edu.