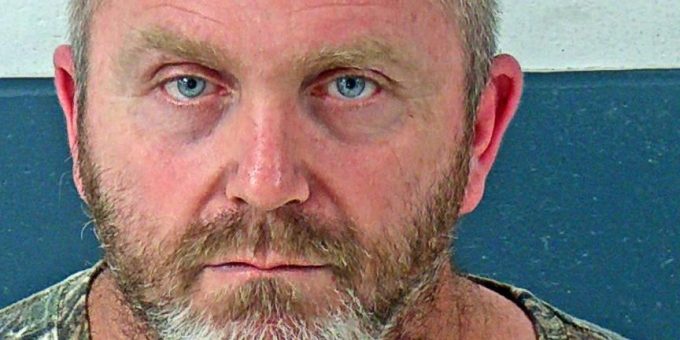 BEDFORD – A Bedford man was arrested on drug charges after Bedford Police officers were called to the 3010 block of Ted Jones Drive after a report that a man had been evicted and was refusing to leave his apartment.

When police arrived they spoke to the complainant who said 50-year-old Paul Romine had been evicted last month, but will not leave.

Officers knocked on the apartment door, but Romine would not answer. The complainant provided officers with a key and they entered the apartment. They found Romine in the shower. Officers told Romine to get dressed and leave the apartment.

While in the apartment officers noticed smoking devices, a plastic baggie containing crystal meth, a metallic grinder, a jar containing marijuana, and a rolled marijuana cigarette.