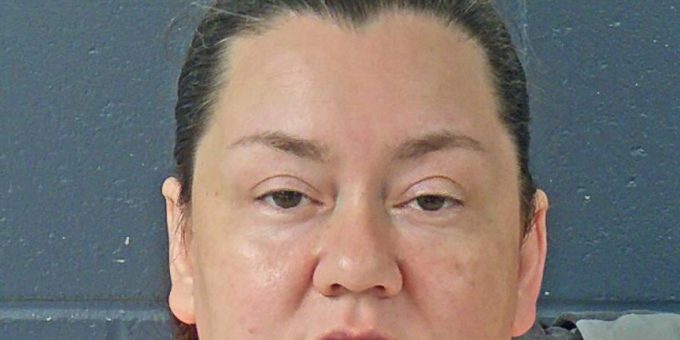 MITCHELL – A Mitchell woman was arrested Monday night after officers received multiple 911 calls reporting gunshots at the intersection of Grissom Avenue and Ross Street. One caller reported a person had been shot.

Officers rushed to the scene. When officers arrived they found 10 people standing near the roadway and could hear yelling.

Everyone was ordered to the ground until officers could assess the situation.

Those on the scene said the fight took place at a home, then there was a gunshot and a person in a vehicle fled from the scene.

Police found no one injured at the scene.

While officers were on the scene, they received a report that two females were at City Hall wanting to turn themselves in. Officers responded.

Both women were detained.

According to police 43-year-old Stormi Blake, of Mitchell, told the officer she was invited to the home along with the other woman to look at a scooter that was stolen from her. She said the male at the home became abrasive, using foul language. The male’s son, who was armed with a knife, came outside and punched the other woman. Blake said she pulled out her gun and fired a warning shot into the ground.

Blake told police the gun was her husband’s and she did not have permission to have his gun.  She told police she returned the gun to her home before turning herself in.

Blake was arrested on a charge of carrying a handgun without a permit.