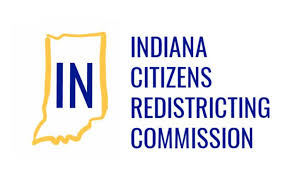 INDIANA — Members of the Indiana Citizens Redistricting Commission (ICRC) announced the winners of its redistricting mapping competition for the State House of Representatives, State Senate, and Congress.

The winning maps will be used as the standard by which to judge the maps drawn by the Indiana General Assembly and will be a valuable tool to hold legislators accountable for the mapping decisions they make.

“With more than 60 submissions, we are pleased that so many Hoosiers participated in our competition,” said Sonia Leerkamp, Chair of the ICRC and a representative of Indiana voters who does not belong to either political party. “We not only chose three maps that would better serve our communities than the maps drawn by legislators, but we also showed that a multi-partisan group of Hoosiers can work together to generate maps in the public’s interest, not political interest.”

The winner in the House of Representatives category, Jorge Fernandez of Fort Wayne, was revealed at the House Elections Committee hearing on September 16. In the statement of intent that Mr. Fernandez submitted with his entry, he noted that his first mapping goal was to respect the principle of one person, one vote while preserving communities of interest. Mr. Fernandez’s map can be found at Indiana Redistricting Portal (indiana-mapping.org).

“The ICRC mapping competition provides a good model for how our lawmakers should be required to conduct their map-drawing,” said Ranjan Rohatgi, a Democrat member of the ICRC. “We asked the public for input, turned that input into a report that became the parameters for our competition, and then asked the public for their ideas. The winning maps would lead to elected leaders who more closely represent the political leanings of Indiana voters than the ones proposed by the politicians in power. These maps are truly ‘by the people, for the people and we hope that they will receive serious consideration by the General Assembly.”

Adam Stant of Indianapolis submitted the winning map in the Senate category.  In his statement of intent, Mr. Stant noted that his map was drawn with the intent of maximizing electoral competition. His entry was quite successful in achieving that goal; using the 2016 Governor’s race as a partisan barometer. Mr. Stant’s Senate map would produce an equal number of seats for Republicans and Democrats. He also sought to avoid dividing counties, cities, and townships. Mr. Stant’s map can be found at Indiana Redistricting Portal (indiana-mapping.org).

Greg Knott of Bloomington submitted the winning map in the Congressional category. In his statement of intent, Mr. Knott noted that his goal was a Congressional map that would give the two major political parties a share of seats that is proportional to their statewide vote share. Using the political metrics built into the Districtr software, Mr. Knott’s winning maps would likely produce six Republican districts and three Democrat districts, with four of the nine districts ones that could swing between each party depending on election trends. Mr. Knott’s map can be found at Indiana Redistricting Portal (indiana-mapping.org).

The Indiana Citizens Redistricting Commission was created by the All IN for Democracy coalition to demonstrate how redistricting should be done: by a diverse group of Democrat, Republican, and Independent voters with no direct interest in the outcome. It includes nine members: three Republicans, three Democrats, and three who do not belong to either major party. The ICRC held ten public hearings over the course of two and half months to take public testimony with more than one thousand Hoosiers participating. The ICRC compiled that testimony into a report that was sent to the legislature with the request that they follow its recommendations.

The rules for the competition, the metrics used for judging, and all of the entries can be found at  Indiana Redistricting Portal (indiana-mapping.org).