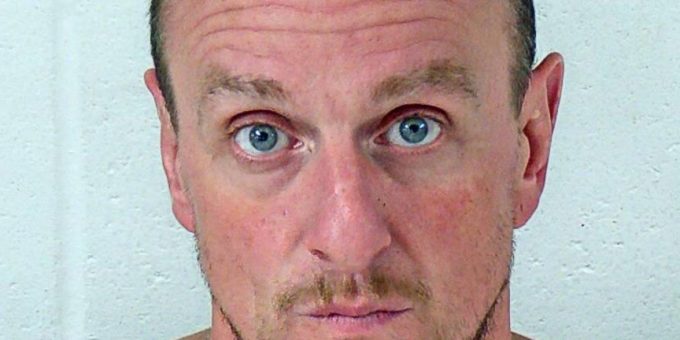 MITCHELL – A Mitchell man was arrested Sunday after Lawrence County Sheriff’s Department deputies were called to the 1050 block of Georgia Tower Road on a report of a domestic fight.

When officers arrived they found 38-year-old Christopher Turpin walking from a camper on the property. Officers detained Turpin and placed him in a police vehicle.

Officers found a distraught woman in the camper.

She reported that she and Turpin got into an altercation after she told Turpin she wanted to end their marriage. During the altercation, Turpin allegedly threw her to the ground and placed his hands on her face pressing down hard.

The woman suffered swelling to her lips, a cut behind her left ear, and red discoloring to her face.

Turpin admitted to pushing the woman to the ground but said it was in self-defense.

Officers then searched Turpin’s pocket and found a syringe cap. They found the syringe in the backseat of their police vehicle where Turpin had removed it from his pocket when he was first detained.

Turpin was arrested on charges of domestic battery and unlawful possession of a syringe.