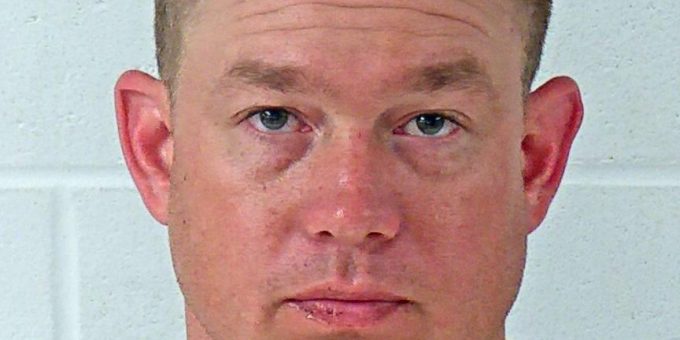 BEDFORD – A Bedford man was arrested Sunday after Lawrence County Sheriff’s  Department deputies responded to a report of a domestic fight in the 6000 block of Stone Crest Drive.

The caller reported 35-year-old Tyler Moore was attempting to run others over with a tractor at the property.

When deputies arrived they spoke to the caller who said Moore was intoxicated and had been drinking since approximately 8 p.m. Saturday. She reported that he drove a tractor from a barn located south of their location. Moore then allegedly drove the tractor toward the female. Another male stepped in front of the tractor to prevent Moore from hitting the woman. Neither was struck by the tractor. Moore continued to rev the tractor’s engine at the woman, taunting her.

A friend then took Moore west on the property near the woods to defuse the incident.

Officers successfully located Moore with the help of K9 Flek. He was found approximately a quarter-mile from where they entered the woods.