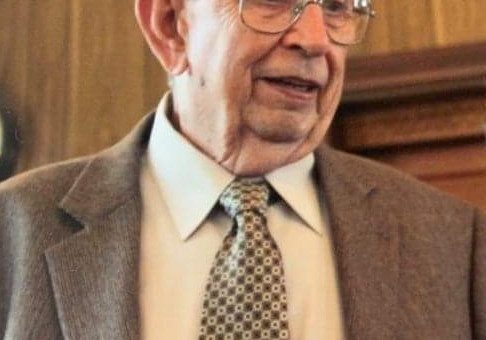 Born June 2, 1935, in Trimble Co. Kentucky, he was the son of Birchel and Alene (Farley) Drake. He was raised by Shelby and Mary Farley. He married Stella Lois Riley on December 21, 1957, and she preceded him in death on January 29, 2011. Buford retired from RCA in 1998. He was a US Army Veteran, serving with the Third Armor Division of the 56th Infantry. He was a member of Mundell Christian Church.

He was preceded in death by his parents; wife, Lois; one daughter, Kathy George; one brother, Carroll Drake; and three sisters, Louise Truelove, Oleta Mahoney, and Nieva Wheeler.

Funeral services will be conducted at 11:00 a.m. on Wednesday, September 22nd at Mundell Christian Church with John Wisley officiating. Burial will follow in Mundell Cemetery. Visitation will be from 4:00 p.m. until 8:00 p.m. on Tuesday, September 21st at Day & Carter Mortuary, and from 10:00 a.m. until the hour of service on Wednesday at Mundell Christian Church.