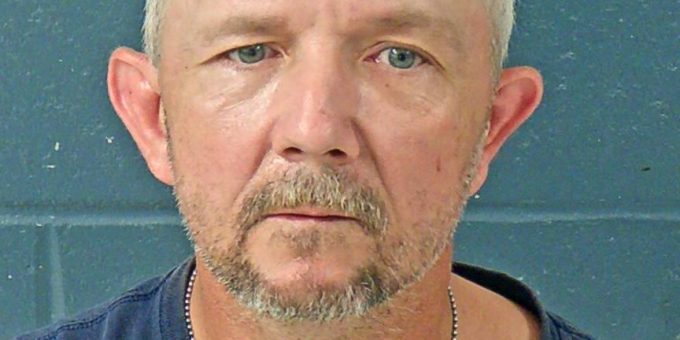 According to a probable cause affidavit, on June 8, 2021, a woman came to the Lawrence County Sheriff’s Department to report several shotguns and rifles were missing from a storage unit she had rented and they believed 42-year-old Jerry Smith and possibly another man had taken the weapons.

The missing weapons included a 12 gauge Mossberg over-under style, a Remington .308, a Marlin .22, a  Winchester 30.06, a Wells Fargo Stage Coach 12 gauge, a  2 gauge barrel shotgun, and a Henry .45 lever-action rifle.  Three of her rings were also missing.

The woman told the officer that Smith had lived in her home for about five months along with another man.

She told police that Smith had handed her a broken key that he said was found in her driveway. That key was to her storage unit. After being given the key she went to her rented unit and found the items missing.

She then confronted Smith about the missing weapons and at first, he denied taking them. He then told her “don’t worry about it I’ll make it right”.

The woman told the deputy should Smith would return the items she would not file charges.

Smith became emotional and told the detective he had taken the weapons but would get them back from the person who had them. He told the officer he traded the weapons for $500 in meth. Smith would not tell police who had the weapons.

Smith was told if he did not get the items back he would be charged with theft.

Smith then said he believed the other man has stolen the rings and probably traded them for meth.