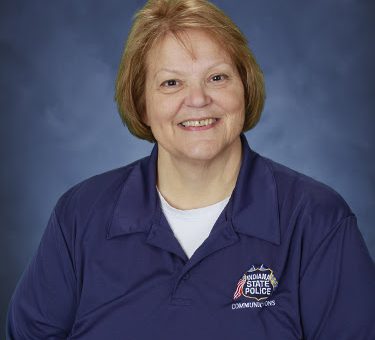 INDIANAPOLIS- After more than 20 years of faithful service to the state of Indiana, Telecommunications Operator Donna Schultz has retired.

Donna is a native of Louisville Kentucky and a 1976 graduate of Dupont Manual High School. She began her career with the Indiana State Police on June 4, 2001, as a telecommunications operator at the Sellersburg Post. In 2009 she moved to central Indiana and transferred her position to the Indianapolis Post where she has served since.

During her time as a telecommunications operator, Donna has faced countless emergencies, her calming demeanor and willingness to help offered relief to both the first responders communicating via radio and those calling 911 to summons help. She is admired by her coworkers and is known as someone always going out of her way for others. For the past several years Donna has also served her community as a part-time school employee at Hinkle Creek Elementary.

Donna, a resident of Cicero Indiana, is looking forward to her next chapter, which includes a new full-time position at Hinkle Creek Elementary School in Noblesville.