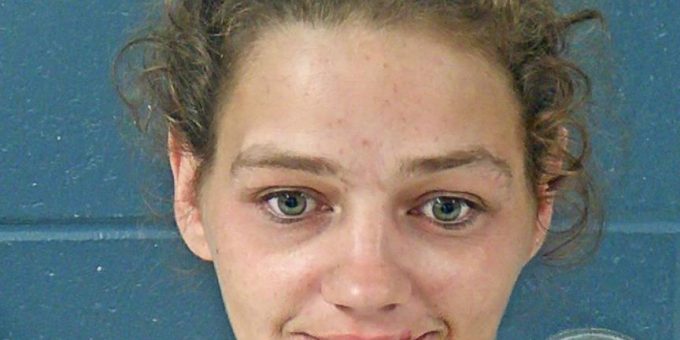 BEDFORD – A Bloomington woman was arrested Tuesday after a warrant was issued for her arrest on charges of domestic battery and criminal recklessness.

According to a probable cause affidavit on August 12, 2021, Bedford Police officers were called to Day & Carter Mortuary on Lincoln Avenue after a report of a vehicle leaving the scene of an accident.

A male reported he and his current girlfriend were en route to the funeral home to attend a funeral. While on his motorcycle they encountered his ex-girlfriend Kara Baugh who was driving an older Chevrolet pickup. The man said Baugh followed them into the parking lot and drove her pickup into his motorcycle while they remained on the motorcycle. The male reported he had to maneuver the motorcycle out of the way so that he and his current girlfriend were not struck by the pickup. However, he was still struck in the elbow with the side mirror of the pickup. He stated that after the striking him with the mirror, Baugh drove from the scene.

Officers spoke to three witnesses who corroborated the man’s story. Officers attempted to locate Baugh’s vehicle and also call her, but the attempts were unsuccessful.