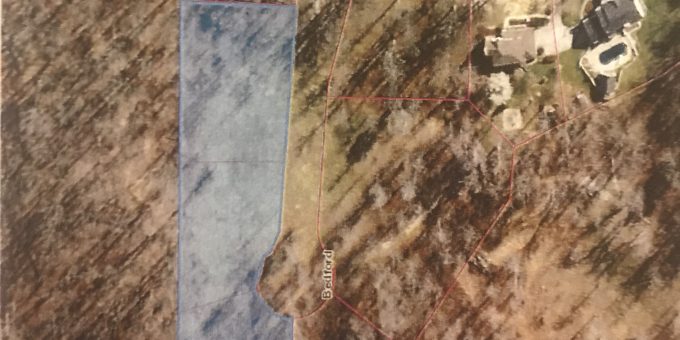 Bill McFadden a member of the Bedford Plan Commission abstained from the vote. The board approved the subdivision.

A public hearing was held Tuesday night and no one spoke for or against the subdivision.

The only person to speak out against the request was Edward Bay who resides in the subdivision but did not attend the meeting, instead, he sent a five-page letter to the plan commission, the Times Mail newspaper and WBIW listing his reasons for opposing the subdivision

“Mr. Bay has an error in his thinking as to what a major subdivision lot adjustment and minor subdivision is and what is required under Indiana State Law,” said Buker.

Bay also has a pending lawsuit in Federal Court about other issues in regards to the housing addition and damages to his property.

The next order of business during the meeting was to add the Bedford City Councils’ response to deny a request to establish a 24 hour, 7-days a week residential detox facility at 2620 Industrial Drive. This will be added to the meeting packet and will be officially on record and on file at the Bedford Plan Commission office. This action was taken because the city failed to state its reason for denying the request, which is required by Indiana State Law. However, the letter does not state why the City Council denied the request to establish the detox facility.

The Plan Commission members placed the following statement as letter of record on file.

“Please be advised that the Planning Commission’s recommendation to amend the zoning from I-2 to PR for property located at 2620 Industrial Park Drive in the City of Bedford Indiana and owned by Michael Coryea (Coryea LLC) was rejected by the Bedford City Council at its meeting on July, 19,2021. No reasons were discussed by the members of the council who voted against the recommendation,” the letter stated.

Coryea can operate an outpatient facility under the current zoning designation at 2620 Industrial Drive and is seeking to purchase a building at 602 Hoosier Avenue in Oolitic to house patients for overnight stays for up to 60 days.