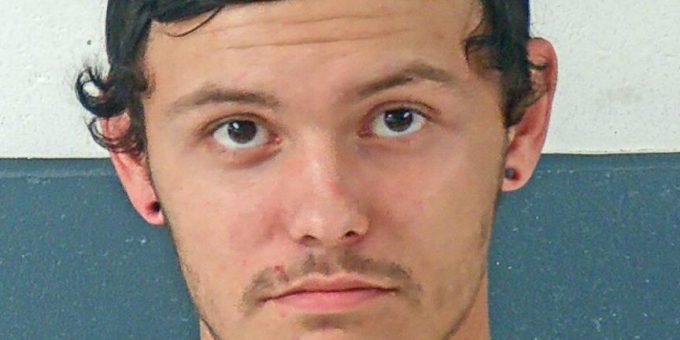 One of the women reported that she had loaned Perry her car and that he refused to return it to her. However, it was discovered in a text message that she agreed to have the vehicle returned on Thursday, September 16th.

She further described an incident that occurred on September 2, at 8 p.m. She and Perry verbally argued which escalated to a physical argument. Perry allegedly slammed her against a wall several times, followed by throwing her to the ground. She told the officer she was unsure at that time if she wanted to file charges against Perry.

On Tuesday, Sept. 13, she stated she witnessed Perry in an altercation with the other two women. The woman said Perry grabbed one of the women by the back of the neck and he bit the other woman’s finger when she pointed her finger at him during a confrontation.

The woman continued to state it was during this time, that she stepped between Perry and the other woman. Perry then allegedly pushed her which caused her to stumble.

Once contacted by the police, Perry voluntarily reported to the Bedford Police Department where he was arrested on charges of battery and battery causing injury.

Perry told the officer at no time was he the aggressor. He admitted to “accidentally” biting the woman’s finger. He also admitted that he had “nudged” one of the women while trying to get to his car after the altercation.

Perry claimed he was acting in self defense and pursued to file reciprocal charges . Perry presented a cut to his lip, which the BPD officer photographed.